Vitassay hCG s&u is a rapid one step immunochromatographic assay for the qualitative detection of human Chrionic Gonadotropin (hCG) in human urine and/or serum specimens to aid in the early detection of pregnancy. 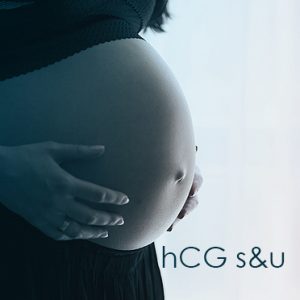 Simple, non-invasive and highly sensitive screening assay to make a presumptive diagnostic of a possible human Chorionic Gonadotropin, also known as “the hormone of pregnancy”, ,which has an important role in human reproduction because its crucial part in establishing and maintaining pregnancy, through placentation and early embryo development.

hCG can be detected in urine and/or serum as early as 6 days after conception and peaked between 56 and 68 days.

More info by downloading the IFU.

On this website we use first or third-party tools that store small files (cookie) on your device. Cookies are normally used to allow the site to run properly (technical cookies), to generate navigation usage reports (statistics cookies) and to suitable advertise our services/products (profiling cookies). We can directly use technical cookies, but you have the right to choose whether or not to enable statistical and profiling cookies. Enabling these cookies, you help us to offer you a better experience.